To celebrate the 150th Anniversary of Canada, Tim Hortons has released a very Canadian themed menu item called the Poutine Donut. Unfortunately for Canadians looking to take their Canada Day to the next level, this special item is only available at limited locations the USA. #DonutGate

"The Poutine Donut will be a Honey Dip Donut topped with potato wedges, gravy and cheese curds.
Customers will be able to find the Maple Bacon Iced Capp and the Poutine Donut at select Western New York locations on only July 1.
Those locations include:
6933 Erie Road in Derby
4066 Lakeshore Road in Hamburg
44 Hamburg Street in East Aurora"

You will need to order:
- 1 Maple Leaf donut
- 1 order of potato wedges
- Cream cheese on the side (because no cheese curds at Tim Hortons Canada)

And don't forget to Rrroll Up the Rim to WIN! 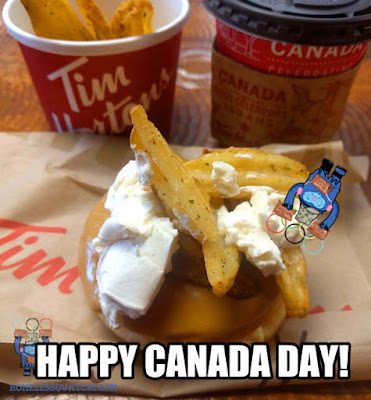 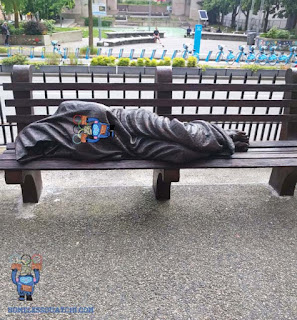